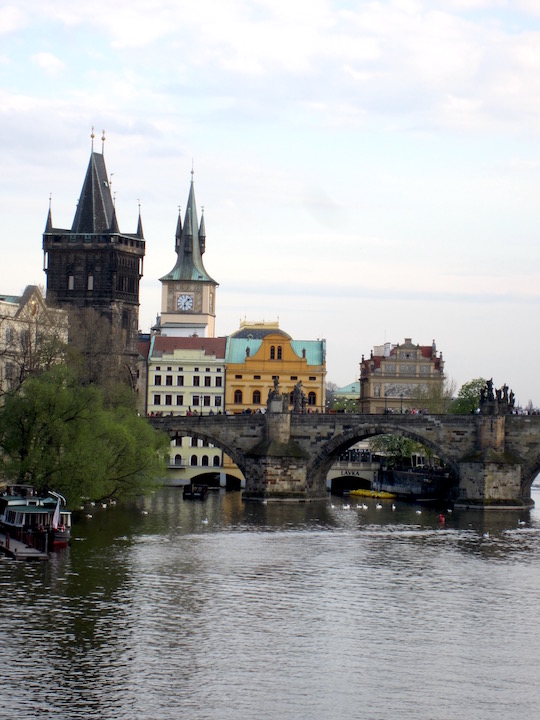 It was my father’s birthday, so I went to Prague for cake … and beer.

The day after I arrived in Prague, an article about my work was published in one of the most prestigious Czech magazines “Reporter“. It made my father rather happy. 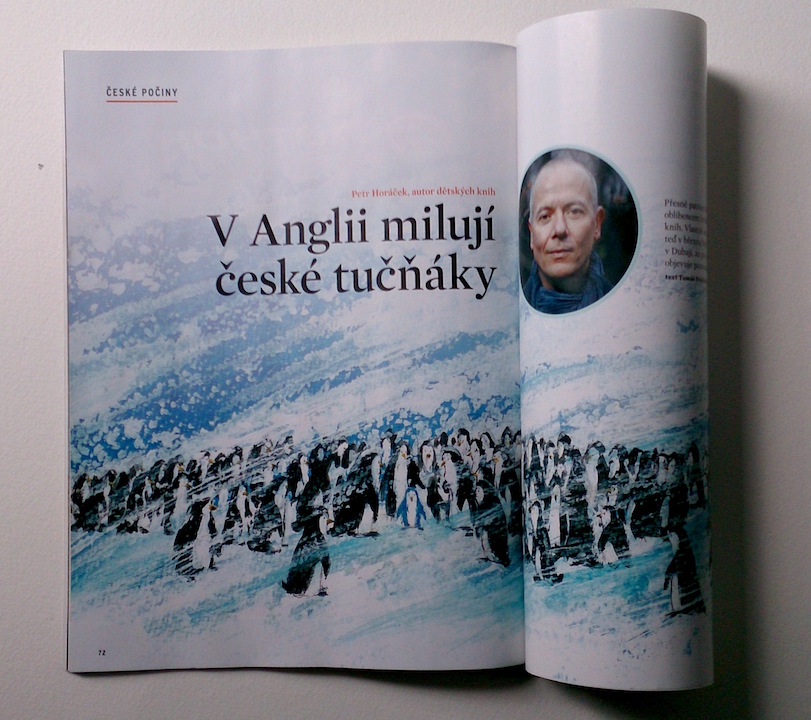 I’m always pleasantly surprised when I’m asked to do an interview for Czech media, since I have a feeling, that nobody knows my books in my country. 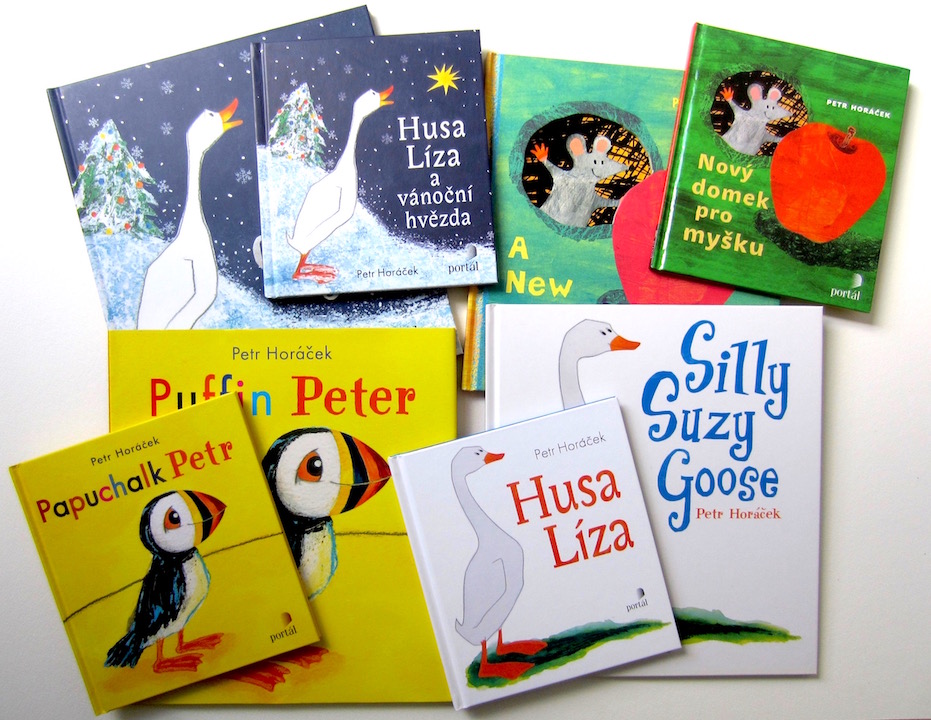 The format of the Czech edition is much smaller than the original books and “A New House for Mouse” was published without the holes and cut outs, which are rather important part of the book. 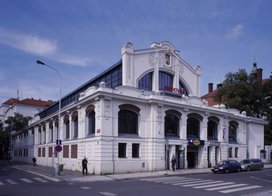 For the interview we did some photos in the beautiful  library in Prague 5. 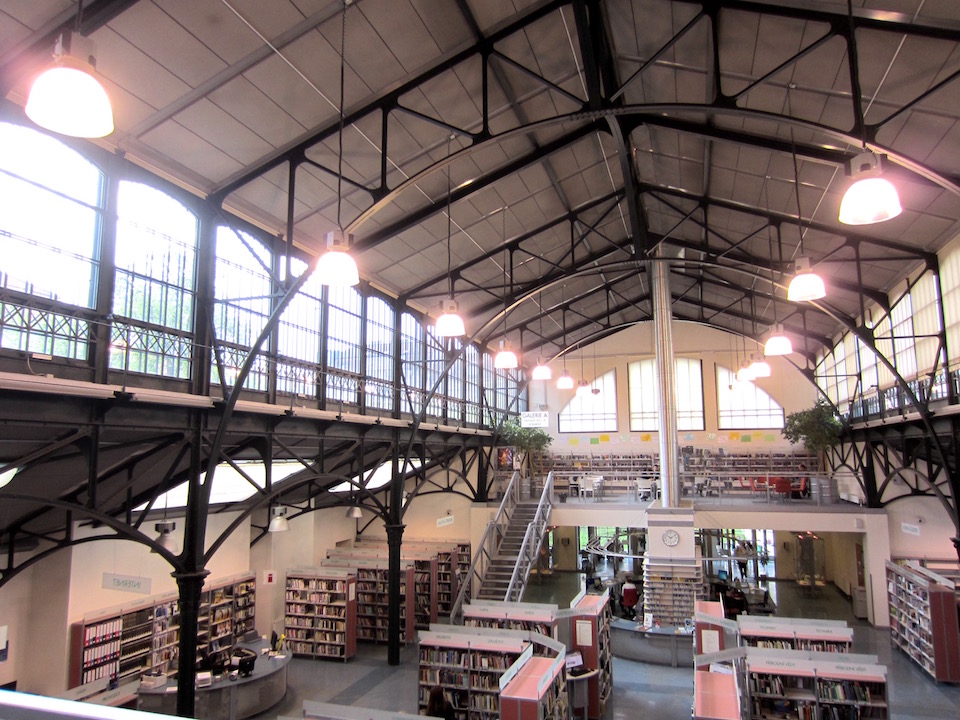 The library is next door to the independent book shop “Amadito & Friends“, which sells children’s books in many foreign languages. I did a talk there for a small audience last year, so I popped in to say “HELLO”. 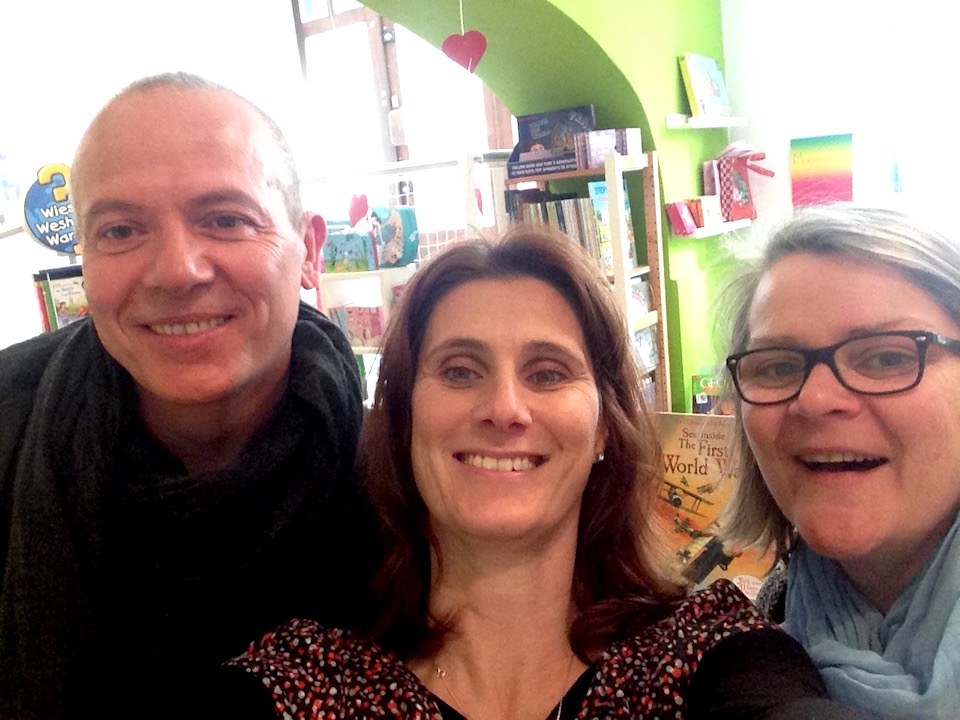 I was told that Michael Rosen is coming soon to Prague to visit the shop. They are very excited.

Then I heard more good news. Mrs. Jitka Netusilova, who owns an internet bookshop “Anglictina – Hry” in the Czech Republic and who is a big promoter of my books told me, that the, soon to be opened, Prague branch of Hamleys is going to have a display of my books in English.

I had some time to meet up with friends and I got some presents too. Lucie Hasova-Truhelkova, who writes a rather successful blog about books for children, gave me a book illustrated by one of my favourite illustrators Kveta Pacovska. 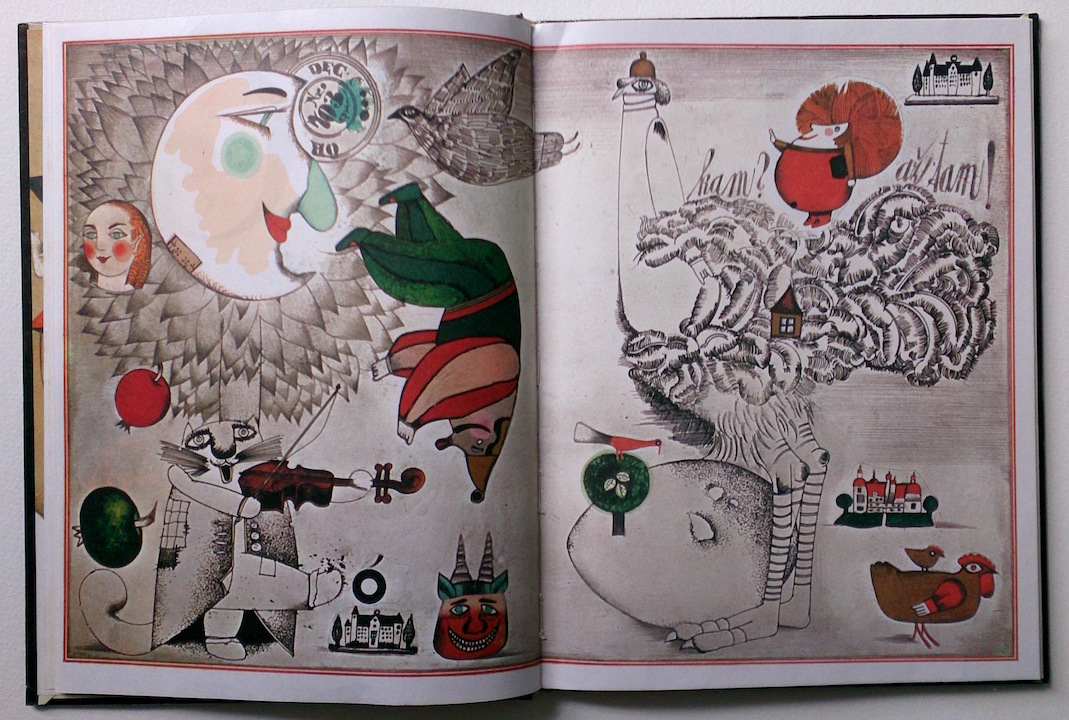 Lucie’s son sent me an “abstract” picture of “A Funny Lion”. 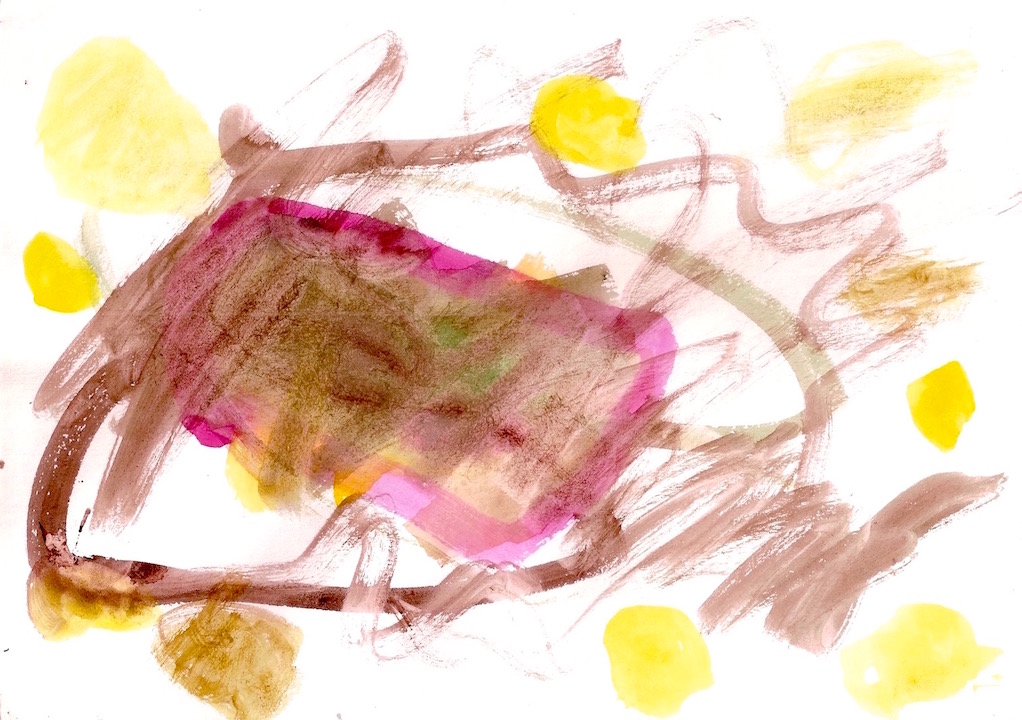 He is only 3 years old, but I can already see an influence of C Y Twombly.

I also went to see a great exhibition of Alfons Mucha – Slovanska epopej in the National Gallery in Veletrzni Palac. 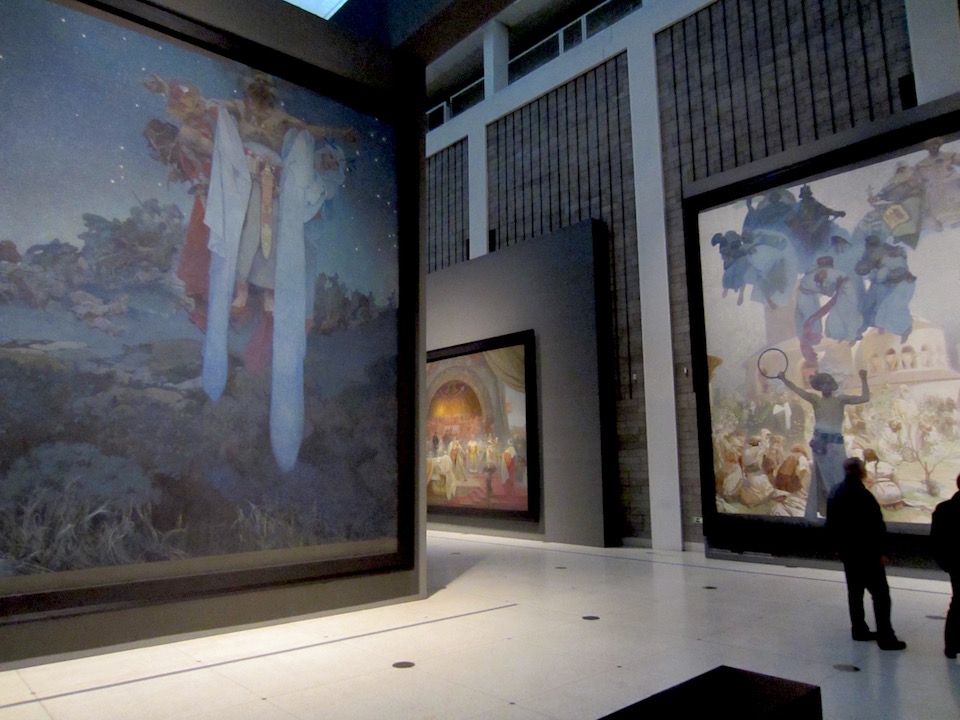 It’s hard to describe the quality, importance and scale of the paintings. It’s something you have to see with your own eyes.

Well, it was good fun, but also a very busy couple of days. It’s always hard to get back and start working on the books again, so I finished two pictures I did for myself before I left. 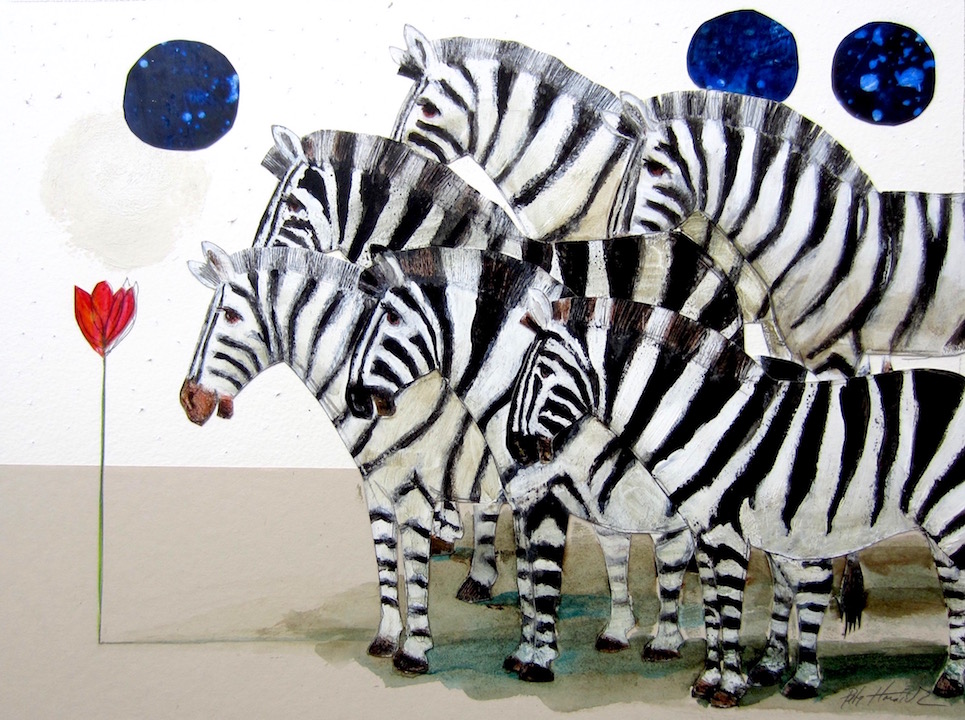 Here is a herd of zebras 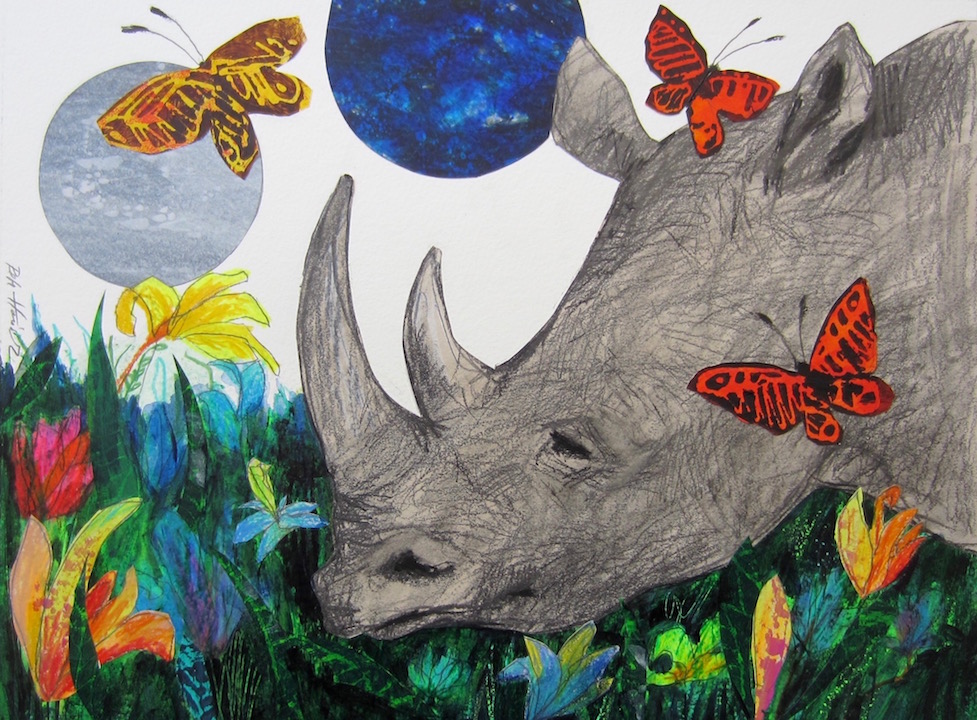 and one happy rhino.

On Friday I’m off to Barcelona to celebrate St. George’s day with my Spanish publisher EDITORIAL JUVENTUD, S.A. You can read more about it here. 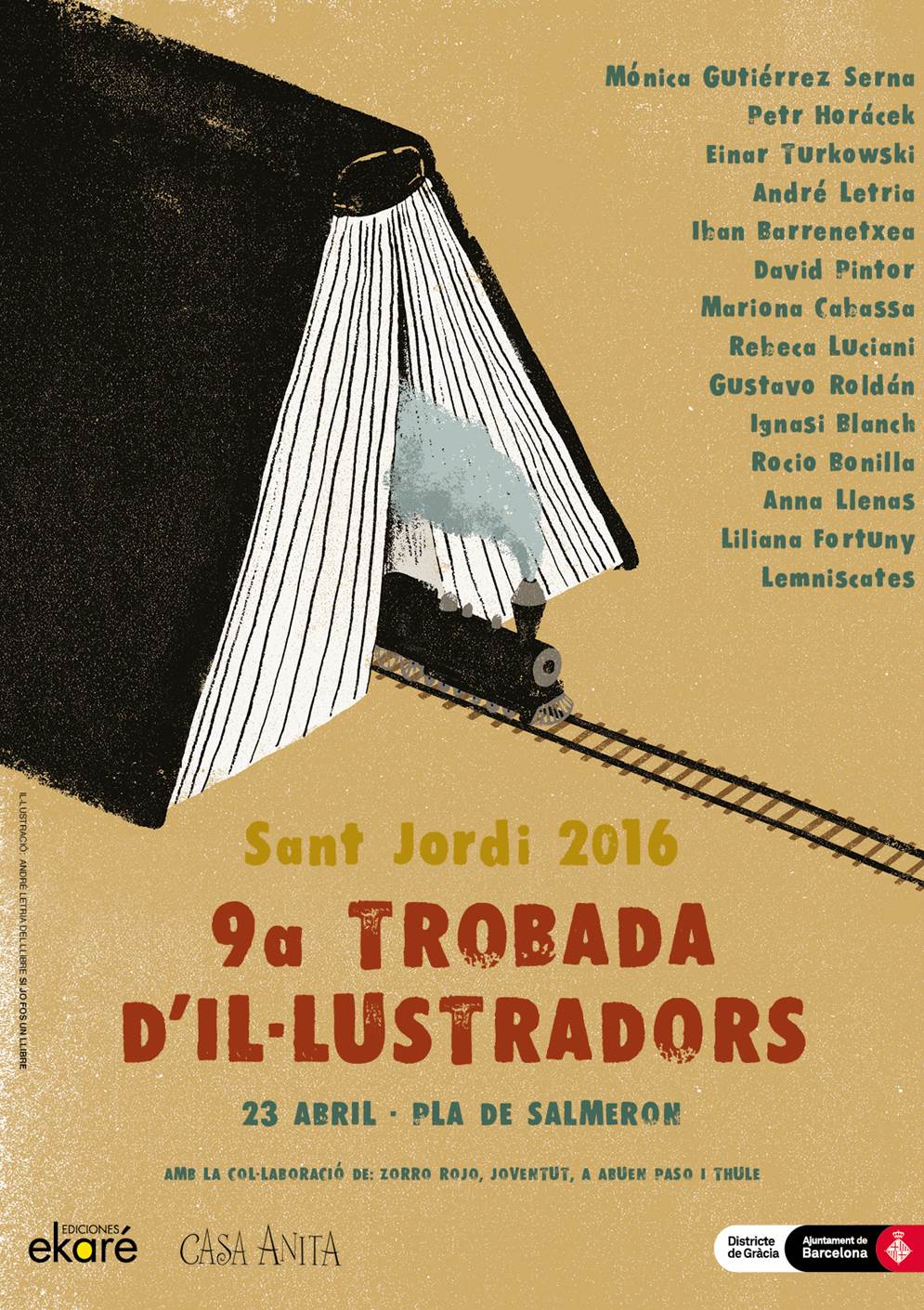 This amazing poster was designed by Andre Letria. I love his work and I can’t wait to meet him and other fellow illustrators and writers.